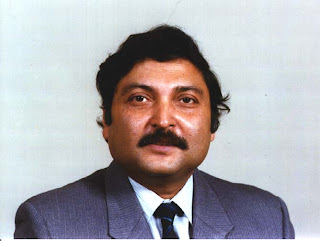 What a fantastic speech of Sugata Mitra on education of children in an informal environment!!
I will link to the broadcast soon (the video quality is soso, but the message is really worth the effort).

Sugata Mitra spoke about experiments 'Hole in the Wall' where he delivered a computer with English resources on it and a touchpad to children that were computer illiterate, speaking Tamil or other non-English languages. The computer was set in rural Indian villages, in safe places that were accessible to children and ... he looked at how children interacted with this new technology. The computers were set in the playgrounds or somewhere in the open field where children gathered.

The most amazing experiment was one where he gave a computer with a course on it which was biotechnology and the course was in English, while the children were only speaking Tamil. After three months the children had learned biotechnology ideas and had taken in a lot of the english words of the course.

So Sugata Mitra concluded that any child can learn as long as it is left to their own devices and with the right triggering of emotions => anybody anywhere who is motivated through emotion will learn whatever content.

Now that is something impressive!!!!

I will read up on Sugata Mitra. He managed to change the world while giving access to knowledge to children in rural areas and living in the streets.... I want to add to the world as well. He moved my heart and head. In between all the people that speak at conferences and sell warm air, there are always a couple of inspiring and incredibly human people that really make a difference in the world.
Posted by Inge (Ignatia) de Waard