Arrived at the IADIS conference in Barcelona and looking at the first presentation by Bjorn Hedin from Stockholm university.

His presentation is based on a powerpoint, which can be viewed below or on slideshare. His research was based on a study with 11 students, one application during one week. So in order to be conclusive, more research needs to be done, nevertheless it does sound interesting because it connects location, to personal cell phones and relevant student content.

Some interesting points:
His university tried to push content to the students and they liked it as long as the content pushed was relevant and not too stearing (e.g. "you should be studying now" was not appreciated as an sms)
Every cell phone has a unique ID, so this means that cell phones can be located in a particular area. But in case of this research project, it was not necessary to locate every student up to 5 m, they only needed to locate them 'more or less'.
Why was an estimated location enough? Because that would enable the university to tell the students that during their mobile day, they were passing good study locations (like library, on the metro, a content relevant building...). So if a student's cell phone was in the vascinity of a library the universities mobile application would tell them, thus giving them the opportunity of looking at books or references.
This application enabled meaningful micro-learning.

For the user results and a more in-depth look into this research, suggesed improvements, go through the slideshow, it is adding worthwhile thoughts, techniques and ideas.

Thanks to the ever resourceful Adesina Iluyemi, an overview of mobile health projects came to me. If you are looking for funding in this area, this might be a good resource to get information and ideas from. If your projects builds on suggestions they give, your project might have more chances to be chosen.

The UN, Vodafone, and the Rockefeller Foundation's mHealth Alliance have launched a 'Mobile health' campaign, says a news item on the BBC website:

The UN/Vodafone Foundation Partnership aims to unite existing projects to improve healthcare using mobile technology, and will 'guide governments, NGOs, and mobile firms on how they can save lives in the developing world'.

'The partnership is now calling for more members to help in mHealth initiatives..."The biggest problem is fragmentation of small projects," says Ms Thwaites [head of UN/Vodafone Foundation Partnership]. "A lot of the work being done on the ground is NGO- and foundation-led, but let's join those efforts with the Microsofts and the Qualcomms and the Intels and the Vodafones. There's a business case for it now; you have to have the experience of the NGOs on the ground talking to the big corporates out there and creating real business models, and that's why I think the mHealth Alliance can tackle that."'

The Partnership has published a 'groundbreaking' mHealth for Development report, which is available at:
http://www.bjhcim.co.uk/documents/mHealth_for_Development.pdf

The second half of the report contains descriptions of more than 50 projects ranging from eLearning, HMIS, telemedicine and patient-centric applications.
Posted by Inge (Ignatia) de Waard No comments:

Blogphilosophy rethinking educational methodologies: is constructivism indeed a solution for all regions? 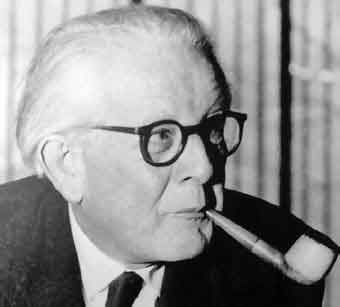 The last couple of weeks I have been following a module of a Master in Distance Education at Athabasca University. This particular module focuses on the International issues that arise while developing distance education for different regions around the globe. It is moderated by Barbara Spronk, who seems to have traveled the world to such an extend that she does qualify as a global citizen indeed.

So I have been learning a lot lately, but consequently blogposted less. I had to come to terms with what I would post, when to find time and if anyone might be interested. Then I remembered some of you who have been motivating me to write on eLearning as soon as it interests me and this topic I find indeed interesting:
is the constructivist methodology - that is so fiercely promoted by distance education as it is seen as more student-centered - indeed a good methodology to use throughout the world?

I feel very in favor of the constructivist learning approach (Jean Piaget has written about it, picture in post) and I have been writing about it on some occasions. But due to the course I am following now, I am beginning to doubt if this methodology is indeed fit for all regions, I think not.

When developing DE for low income countries, I had the tendency of looking at social media possibilities as well (if the technology could be used) and to look for a more student-centered approach. But if you go into a region - as an advisor or a tutor - and you promote any kind of DE methodology, inevitably it becomes not that particular communities plan, but someone else’s plan or strategy. As such DE could be perceived as pervasive in some cultures.

It might not be without meaning that DE and the methodologies allocated with it as being ‘successful methodologies’ are linked to DE was build in a region (lets say Northern countries), by those people that have followed education in that region and as such DE (the first DE) has the mark of that region on it. If I were to make an invention for myself, I bet it would provide to the needs and thinking of my community, but my invention might not necessarily be exportable to other communities. A person is build in her/his community and from that framework creativity and ideas emerge. To me the same thing is true for educational methodologies.

Let's look at some Asian countries were teacher-centered learning is more commonly accepted than student-centered learning. What do you do in such region if you are asked to be a provider? Do you go in and push the 'constructivist is good for DE'-agenda, or do you let others come up with a methodology they feel is better for them, although that methodology might not be 'ideal' in your experience as a DE advisor/teacher?

So my opinion is changing from a constructivist promoter to a belief that if DE is formed, constructed and implemented by tutors or knowledge persons within a community, DE can be more indigenous and better fitting the needs and believes of that community.

Does anybody have thoughts on this or experiences?
Posted by Inge (Ignatia) de Waard 10 comments:

9 year old kid builds an iPhone application for his sister

As my colleagues are testing their iPhones for great mobile learning, the nine year old whiz kid Lim Ding Wen from Singapore just build an application for his sister.

The application is also astonishingly simple and appealing at the same time. If you download Doodle Kids, you can draw on your iPhone with your fingers while touching the screen. If you shake your iPhone, the screen is whiped clean (this certainly brings back memories from my early sketch paths).

Admittedly this is not your ordinary kid, but it is amazing. Lim, who is fluent in six programming languages, started using the computer at the age of 2. He has since completed about 20 programming projects.

Go and have a look for yourself via iTunes, search for Doodle Kids and you will see it pop-up.

At the end of this month I will be attending IADIS INTERNATIONAL CONFERENCE MOBILE LEARNING 2009 in Barcelona, Spain. It runs from 26 to 28 February 2009.

For this conference my colleagues and I have written a paper on Continuing Medical Education via mobile forhealth care workers in developing countries.

The complete program of IADIS 2009 has not been revealed yet.

If you have any comments or suggestions or questions on the paper, feel free to contact me.
Posted by Inge (Ignatia) de Waard No comments:

As I started writing the previous week, we are working on a mobile module that is accessible by a lot of (I know it is vague for now, but I will make it more substantial soon) mobile devices.

The models we aim for are currently iPhone 3G, Nokia N95 and HTC TyTn. We have been dabbling with some applications, but let's face it, going back to basics normally gives the best result. It might not be sounding sexy, but it does deliver all: the HTML + CSS + mp4 set will be our main coding set for the mobile modules we are planning to give.

HTML has been around for a longtime and it is the easiest language out there to code in (I think). Thanks to the Mobile Web Initiative, you can also find some guidelines and test your mobile course on its accessibility, so ... what more would one want?

Well, the thing we wanted to add was traceability. We want to be able to track what we have made, and the way the students use the module in order to improve it in the long end. So inevitably we needed to look for a mobile learning platform that would allow us to do just that. Because we are working with a rather tight budget, the cost needed to be limited and so we so Moodle as a possible way to go.
In the past mobile moodle was tried and errored at times, but the new MLE for Moodle (Mobile Learning Engine) looks more then interesting. We did not try it out extensively, we just tried the user testing area and that looks promising at first glance, but I was rather enthusiastic, so I love to share it with you immediately. If you want to take a look, get your mobile, type in http://moodle.elibera.com and login with username: student and pw: student. It really looks nice. The MLE is also free software, great!
Posted by Inge (Ignatia) de Waard 3 comments: