My sexuality and lying by omission 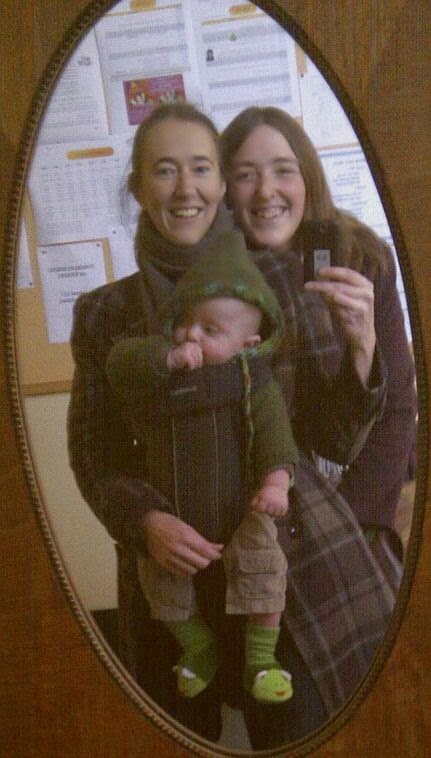 As a lesbian, where do I stand in the midst of a - hopefully only seamingly - increase of gay debate? Do I take action to build LGBT helfpful projects, apps, safe havens? Well no not at the moment.

Although I self-proclaim myself as a Feminist in the first place and a lesbian in second, I do admit that the last few years I have made myself guilty of 'lying by omission' on the latter. While being openly gay since an early age, and active up to a point where my mom told me "all I find when Googling you are gay activist links, why must you be so gay?" and me answering her "because I am, both in spirit and in body" (wise guy/gay I guess). But with the onset of a new job, I put my gayness on second, third, fourth plain and I focused on elearning, mobile learning... not really taking along an activist, lesbian persona on my path to educational knowledge and position. At first it came natural: absorbing elearning projects is just that, but than I knew and felt I was omitting my sexuality at times, especially when visiting countries where gay rights equal gay imprisonment. And after my diabetes diagnosis, I even got quite scared and I became guilty of not mentioning it consciously. Scared because I realized that my body no longer was autonomous, as it became insulin dependent. So even under the 'best' of prison conditions I felt I would be at risk, and imprisonment can sometimes come simply because I love my partner which seems so normal and non-threatening to anyone else.

What does this evolution tell me? That I am not as courageous as I would dream myself to be, or that with age I got more scared (who's to tell). My partner Ciska Imschoot is much stronger, she keeps on trotting, writing columns on life in the UK with our son, sharing activist LGBT links for all. I admire her for that (and so much more). She is my moral beacon more than once and on more subjects as well. This morning she told me she shared the coming out speech of Ellen Page (actress, Juno and more). It is such a simple act coming out, yet still making a difference for those unsure whether there are 'others out there'. And indeed the world is filled with gays, lesbians, queers no matter which region or time.
I feel like such a coward, and yet I once was (and I still am) an active queer, but apparently now no longer as proud as I used to be. Even under what can only be described as 'a small amount of pressure' my queerness has shrunk.
So what about all those brave women, men and others out there that keep on standing, even amid the darkest of times? Being a lesbian is nothing new to humanity. It has always been there, and at times permitted or scorned, but always being part of the world. In the best of times there was a role in society for two-spirit people, dual-sex depiction, same-sex tales and those stories can be found in most ancient and contemporary societies. It is just one of the many varieties of humanity, and it is so completely non-threatening to anyone as it bears on the person and builds on something as simple as love, that it is hard to imagine it could be a point of debate or exclusion. So, when looking at Ellen Page her coming out, it dawned on me (again) that I was just too silent. So as a Valentine's pledge I plan to focus on elearning projects related to LBGT from now on.