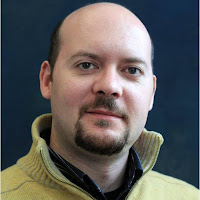 Goal: assessment and enhance negotiation competences based on psychological modelling and embed it in modern ICT such as elearning, mLearning, augmented reality...
Idea is to create an online stand-alone game that will enhance negotiation competences.
(and luckily) the team also wants to make an innovative and scientifically sound assessment methodology.

Negotiation competence as social-intra-interpersonal competence (soft-skill) that can be improved and impact the personal and professional life of people.

The game is role-playing game: a bit like a virtual role playing game. Role playing was chosen as it is a proven format for these types of online skill training.
Mix of converging and diverging situation and gender.
8 role playing scenarios for practising and testing negotiation skill
There are user actions, and characters and behaviours that come up.

The core is the concern for self versus the concern for others, which can be either high or low resulting in different compromises (based on Rahim & Bonoma, 1979, psychological reports, 44, 1327.
Assessment validation: with Rahim test to see which type you are resulting in 88 items  (adding demographic questions), correlation with Big Five (20 elements), Assertive efficacy (6 item), self-efficacy (8 items).
450 users, with 2350 scenarios was total population, but filtering was done to increase validation of the project.

Conclusions
flexible system: in simulation setup we can cntrol, add and remove several variables
people remains concentrated utnil the end of the game
the position of the sentences in the UI has no effect
the gender of the virutal player and the conflict type of negotiation have no effect
correlations with Roci are acceptable ony for dominating and integrating

Have a look at the game here http://www.enactskills.eu

Question from the audience: the theory is rather old, so maybe how technology has changed since then, it might have an effect on the outcomes? And a big overlap with another EU project called Target?
Answer: indeed, but we choose to use Rahim to see what it results in and then move on from there.

eBook (is being updated)