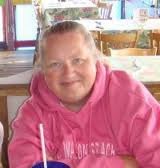 Live from the Morning Buzz session on gaming and eLearning with Stephanie Daul. This is what I picked up:

In short:
- Make the rules generic for multiple contents reproduction;
- use cognitive walk-throughs;
- keep the learners in mind;
- make it easy, fun and authentic.
- keep a function for those loosing the game.

Get out of the mind-frame that gaming is in front of a television set. We ALL play games, with our kids, with everyone.

We need to get easy gaming going, learning from our own lives and translating it into the online learning
ASTD technology: multiple game of thumb-wars. If you play the game at the beginning of a learning experience, it is medically proven that the game will produce chemicals in your brain opening the minds for easier learning. This can also be used during any working day, for it changes your chemical feeling (Ciska, you are right again, gaming in between thinking!).

Make it challenging: different levels, give it a goal (e.g. Angry birds).

Example: 3 DS's building a program where people will play 'flash focus' for 15 minutes a day to see if it enhanced their accuracy. It got people of the floor, and refresh their minds. That idea was well received. The total cost was 500 dollars, so cheaper than any trainer you would want to attract (3DS and games).
Example: building a new website (grangers), moving to a new platform. So they have a large audience that supports the website in one way or the other. So they thought up a way to train the back-end workers? Alternate reality game: the game showed characters based on the customer type. The customers were the audience, they had to go to the new website and find a new feature on the website. The game ran for 3 weeks and enabled people to gain points. that way the customers explored the complete website and at the same time they were engaged in a game.

It was really hard to sell games to colleagues within the company of Stephanie (grangers). So what she did was setting up 'games and grub', everyone bringing games they like to play during lunch. Afterwards everyone focused on the interaction and the actual board, followed by some brainstorming on how this could be used for business or learning. Although this did not result in anyting at first, the group grew, and finally there were more people from different fields which enabled more interactions and idea exchanges. This is a nice way to get people more open to playing games for learning.

First focus on what the aim of the game would be, then you set up the rules. First the rules of the game play itself (e.g. card game: they need to do these three things to be successful at the game), than you start playing the games and you can add more rules based on the 'cheating' of the participants that play the game in the pilot version. A Game of Phones: mobile game application. As a customer you need to find out what the clients are using (tech...).
Made some muck-up cards of what the game might look like. Then internal experts came in to have a look at how the game dynamics worked, and after many, many, many iterations a consultant was contracted to develop the actual game (rapid development). After development, again playing and adjustments to reach the intended goal, including having all the rules.

You can also make a flex game (the game stays the same - generic - but the content is changed): which has flexible rules. But you must make sure that there are rules that match the task being taught. Make them parallel to the authentic learning that needs to be developed. All the branches build into the game must be linked to the reality. If it is not genuine, participants will walk out of the game. Of course the setting can be different then the real environment, but the rules must be the same.

Cognitive walk-through: on paper going through the thought processes, and finding where it sits succesful, or where the game, or the cognitive logic needs to be tweaked.
Try to keep the 'losers', for instance by giving them 'judge' privileges, or similar which keeps them engaged in the game but with a different perspective. You need to know what to do with failure of the game: have a strategy ready for the participants.

And to finish: always keep in mind what the customer needs, for they are the true evaluators.