International Women’s Day: women in top positions at universities and women in ICT 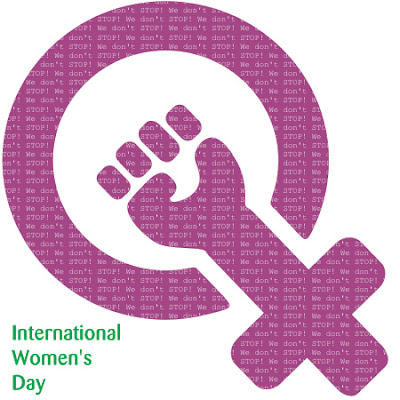 Happy international Women’s day to all of us! A lot has changed in the last 100 years for women worldwide, but there is still a lot to do. So why not start my next train of blogposts (after a refreshing and intense writing vacation) with a gender blogpost?

As a feminist (since early birth, thanks mom and dad!) I am thrilled to be part of the technological wave that sweeps all nations. I have my own banking account, a techy job, personal interests that can be persued… the only thing I do not have is a gender support project that focuses on getting women educated no matter what their backgrounds or location (but keeping it in mind as a future plan).

A quick look at women in top positions in European Universities and gender representation in computer sciences a bit furtherdown this blogpost.

From an article by Curt Rice (http://www.universityworldnews.com/article.php?story=2012021412482887) European Universities’ top positions are still mainly occupied by men. In the 27 countries making up the (current) European Union, 59% of university graduates are women, but only 18% of full professors are women. And only 9% of universities have a women at the top of the organization. For more statistics, see the European Commission’s SHE figures.

Why should we care? Why is this a problem? Why should we work harder to achieve gender balance at the highest levels of academia?

There are many research articles on the benefits of gender-balanced leadership teams, for example, four reports called Women Matter. The first of these demonstrates that companies with over 30% women at the top perform better. The second one shows that this happens because women use different leadership behaviors than men. The third report identifies measures that can be used to increase gender balance, while the fourth investigates which of these are most effective.

Then there is the journal with a Special Issue on Women in ICT through the Lifecourse that looks at a gender issues concerning ICT, written by Juliet Webster on the gender and ICT blog (http://gender-ict.net/wordpress/?p=382)

Three members of her group, Cecilia Castaño, Rachel Palmén and Juliet Webster herself, have jointly edited a Special Issue of the International Journal of Gender, Science and Technology. The issue is called Women in ICT: international research from a lifecourse perspective, and features articles from leading researchers covering the issues facing women in ICT at different points in their lives. Together, the papers constitute a valuable account of the challenges to women’s participation, from education, to employment, and in their senior careers.You can download any of the papers or their abstracts using the links below, or at: http://genderandset.open.ac.uk/index.php/genderandset/issue/view/9

Picking out the education part of the articles in a short overview: an interesting paper is that by González and Vergés which reveals the factors involved in the decisions that women with established careers make in moving internationally: their patterns of mobility differ markedly from men’s and are, as we might expect, fundamentally connected to their role in the domestic sphere. Interesting.

Three papers focus on what can be done to get women increasingly present in the ICT sphere. In their Perspectives paper, Glover and Evans argue forcefully that there are significant limitations with approaches that rely on the business case for diversity in ICT. Glover and Evans advocate the implementation of coherent systems and robust evaluation to ensure that interventions achieve their potential (although I must say, I have been hearing the cry for evaluation criteria adjustment for years!).

Discussing interventions in the US in her Perspectives paper, Cohoon identifies some of the key factors which contribute to their success or failure for getting or keeping women in ICT carreers moving them to the top level: sustained leadership, resources, and embedded initiatives that do not rely on a sole practitioner.

Herman’s case study paper deals with an initiative in the UK aimed specifically at women returners to SET. This initiative had very positive feedback from its participants, and was apparently very effective in increasing the personal confidence and employability of the women involved. But Herman raises the important issue of how success is measured. Much evaluation tends to operate with ‘hard’ numerical outcome measures, yet ‘soft’ measures such as those capturing qualitative or cultural changes are arguably just as valid, and indeed may be much more important in contributing to long-term, sustained social change, particularly in relation to gender.