mobile learning and QRcodes: my session and the audience's ideas 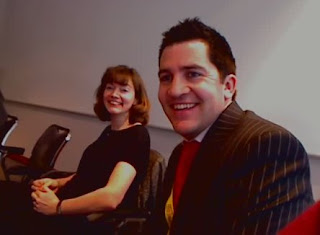 The OEB08 session in which I spoke was amazingly rich in content (talking about the other participants). They all had great applications making use of language technology, sms, multimedia and all combining it in mobile examples. Because I was the last one to speak, I was too nervous to take notes while they were giving it. I looked up links to them:

Sarah Cornelius, University of Aberdeen, UK on 'Real-Time Simulation on the Move: The Learner Context' 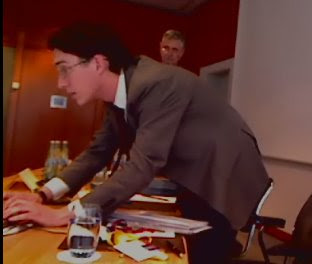 The audience that was present was amazing. They gave idea after idea on how the QRcodes could be used in a learning or broader setting, it was mindblowing. I tried to jott down all of the ideas mentioned:
So I was very thankful to everyone that attended with all their great ideas.
I also uploaded my presentation for anyone who is interested.