BlogPhilosophy: what if all the learning in the world, does not save it from itself? 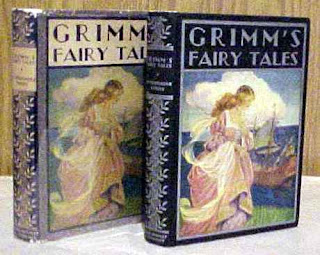 This will be more of a grim post. The biggest aha-moment on eLearning I got this year came when I talked to Nicola Avery last week. We both attended Online Educa Berlin and started venting our frustrations afterwards.

The same old, same old... that is what the internet is becoming
Social media would make a difference! It would give people the power to gather knowledge, not only that but they would construct knowledge and it would be taken up. That knowledge would build a new world ... and I strongly believed that.

I vaguely remembered a previous believe in the internet with a book called the Cyborg Manifesto by Donna Haraway (a great feminist book). It all looked so positive then, and I was willing to believe it. The internet would change the world. And yes, it did change the world, but not the way I had imagined it... because it turned into the some old thing all over again.

The more people that get on to the internet, the more mainstream it will get and gets, the more it will become a mirror image of society, and society is all about consumerism/big capital/reality shows that don't get you anywhere... so suddenly I see my favorite medium turning into the media I tried to avoid.

Social media picked up immensely this year, so the content put out there was immense as well. So companies and corporate people (after not envisioning the possibilities before) started picking up on it as well. Suddenly you see strange phenomena arising in learning and on the internet at large. What about Learning Town from Masie (I refuse to link, just google if you must)? All of a sudden people get asked to come in and join a learning environment that is rather paternalistic in approach and ... it has a much bigger following then the more knowledge critical forums. On top of this Masie is into defense and army stuff... and yes, that bothers me. You do not improve the world by learning soldiers to double their chance of survival by all sorts of simulations! You improve the world by talking, by getting conflicts solved. So do I like big corporations that finance warrior stuff under a learning flag? NO! I am with Mahatma Gandhi and others. So do I like learning corporations that build army oriented lessons? NO. And strangely the OEB conference had a 'security and defense learning workshop', which made me wonder about all the good eLearning can provide.

Additionally, do I like learning professionals that follow so called guru's of learning blindly? NO. The internet and social media were to be used critically. Do I use it critically... well no I confess I do not always do it (human), but I try to be somewhat critical (says she failingly more then she wishes).

So will social media make a societal difference? I do not think so (but there is still hope). The undercurrent of society will be able to stay in touch with these new media, but I recall that they did before any new media was accessible. But apart from this underground movement, the mainstream will once again result in the same ol' same ol'... or will it?


The eLearning guru's hopefully stay open minded and will not fall into the pit (or should I say airy bubble) of their ego
At Online Educa Berlin there was something else happening. The conference always gives me a lot of ideas and inspires, but ... there are other thoughts that have popped into my mind while I was there.
First of all it is a conference were everything is sponsored, this has an effect, because this brings sponsors to the conference as well. So procentwise the salespeople grow. Sponsors enable you to have things, but it can take the mind of the essence. The essence is learning, and learning - in my view - is something you do to better the world and I follow Jean Jacques Rousseau in that respect that education is crucial for personal and societal development and that it can keep us from corruption by society.

In this respect I liked the mLearn08 conference very much because it was all about the learning, the organisational element was not that big, but the content was truly amazing and the keynotes were baffling (and reachable because the crowd was small).

And at Online Educa Berlin I (and Nicola and I guess others, had a feeling John Traxler was feeling it to but did not go into this at that point with him) some of the learning explorers suddenly manifested Ego. Which is ok in an eccentric kind of way, but which is not very nice if it makes that same person less critical of one's self.
And yes I have an ego from time to time, but it is my duty to talk to it, dare it, question it... and that will put it back in a healthy place without all the unnecessary gaz. And if that does not work, my friends, my colleagues, you, life will put everything back into perspective.

During OEB some of the Ego's started to become apparent, people that felt they were the knowledgeable ones, the people to know started emerge, and so their pioneering, critical spirit looked fading. Their knowledge suddenly became to be set in stone, they were no longer as open to it. And they got a following of people that were not critical also (which scares me more then any ego).

So here we are. People into eLearning, into making minds critically aware that suddenly become less critical themselves. Mind you, there are critical learning professionals that are just amazing and they keep being critical and experimental (Stephen Downes, Shafika Isaacs, Wilfred Rubens, Diana Laurillard, Adele Botha, Yrjö Engeström, Steven Verjans, Tony Karrer, Jay Cross ... and admittedly they all have their own personality, but they are open to criticism, discussion and so on... Some of them are fearce discussers, but that helps in building arguments for eLearning cases), but I was just amazed by some of the others.

So if I put these two together, I see a world that I believed in, fade and becoming absorbed in a too well known human trend. Remember the revolution of 68? There is a common saying that the followers of that revolution became the corporate leaders of the last decades. And it resulted in a crisis from bad financial governing (being too crued, a lot of good stayed of course, luckily). It seems to me that the social media revolution might result in the same thing: starting out promising, leading towards a knowledge revolution, but then...

(If you have any links to direct me to the eLearning undertow full of experiment and into democratic change, please send it to me, I am in need of an antidote).
Posted by Inge (Ignatia) de Waard