Blogphilosophy: informal learning brings us closer to the geniuses of all ages 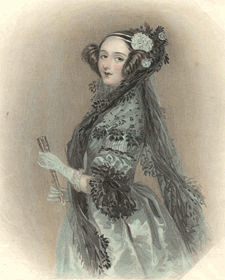 Informal learning has been an important self-constructing force throughout the ages. But now it turns global and into a democratic form of learning. A (very) quick tour:

Leonardo da Vinci is a great example of a human that was instructed as a painter, but through his ideal location (a city filled with artists and knowledge) and the need for travel (sometimes voluntary, sometimes political need), the exchange with other artists (peers) from other regions and the fact that he was able to talk with people from different trades moulded him into a genius. Da Vinci became interested in different fields which he than explored pushed by his own curiosity and sometimes political circumstances. Learning from peers and looking up specialists in different fields to learn from them is a natural human learning trade from every era. Plato travelled to peers (School of Pythagoras) that were working on different topics to be able to learn (or exchange ideas) with them. There were more people learning their trade by themselves or with peers and thus the idea of autodidactic learning became a term. This term fascinated artists and scholars and the idea that a human being could become more by learning became a theme in the arts.

A human being raised without external influence and becoming a better human being has been a theme in many cultures. One of the ground breaking novels that cornered this type of self-learning is 'Hayy ibn Yaqdhan' written by Ibn Tufail (known as Abubacer) in the early 12th century al-Andalus. It was later on referred to by Kant, Locke a.o. It later became a theme in Western literature (Mowgli from Kipling, Nel from Jodie Foster a.o.).

Let’s move closer to our era. I see informal learning also as the further democratization of the Grand Tour that started in the late 17th century and which wanted to instruct (mostly British) noblemen in order to become more in touch with the most important features of their times: classic arts, becoming a worldly person. This Grand Tour could be seen as the next step from the early autodidacts. Although the Grand Tour only provided the possibility to learn, a lot depended on the person on whether or not and particularly what they would learn. I like the political awareness linked with literature that was mixed in the writings of George Sand after and during her travelling.

Throughout history the concept of autodidact learning has been spoken about on many occasions, but at this time in history this term becomes pivotal to being an efficient knowledge worker. Autodidactic learning or informal learning is now key to effective company learning and if we master this skill, it will bring us closer to the geniuses of all times.

If I could only have more time to learn!