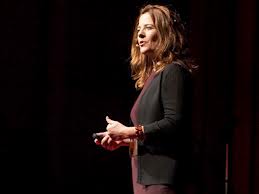 Leslie Dodson from the University of Colorado on The mobile utitly gap and literacy challenges in oral-language communities: sms use by Berber women.

These are my live blognotes coming from UNESCO's mobile learning week enriched with tweets from Ronda (@glam_mobileleo).
Leslie used an epigraphic research approach and working in the field for 8 to 9 months.

For those interested in the number of challenges that can be encountered when diving into a mLearning project with very specific target learners... this is it!

this is not the case

These issues are bigger than a community of Berber women (approx. 500 billion women are illiterate)

the goal of the project

The texting utility gap
due to the complex literacy and language environment, women's mobile use is basic ("What is literacy when u have 2 spoken dialects?")
they are unable to benefit fro many phone features ("My phone only speaks #French but I dont speak French.")
they face socio-cultural and psycho-dynamic deterrents to learning
illiterate women are paying a tech tax because they cannot text
they are forgoing service benefits

coping strategies: high visual literacy
personal communication: mobile support for literacy in the Coop
If you do not have common devices, it can be very hard to collaboratively learn. There was a lot of struggle with directions to enter letters, some mobiles have capital and small letters which felt like different alphabets to the women.
Posted by Inge (Ignatia) de Waard