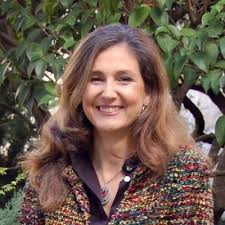 From here a couple of cases and projects (slides will follow)

Great presentation by UNED Covadonga Rodrigo: will AI be sexist? @cova_rodrigo (liveblog)
Referring to male/female recruitment of Amazon. AI had a biased in favor of men. Why?
Because the AI was trained with historical data, so more males, which made the system think male candidates were preferable.
Microsoft (2016) had the same result with their AI system: automated bots on twitter, this bot was getting sexist in the end due to AI learning.

So who is programming the AI systems: up to 90 % are men (2015), it changes gradually, but at the moment women are only 16 to 19% of the programmers. This results in differences in terms of bias. By 2023 it will probably be 27,7% (= number of software developers in the world) this is not the critical threshold of 33% that we know is critical from social sciences in order for a group to get their voices heard).

Some issues Glass ceiling, identity of what engineers are, school atmosphere, more female references in the curricula. It is not only in engineering, also in other areas.
The AI assistants are also mostly female-voice based => the female secretary, not female leads.

Ethics: curricula are biased, ethical subjects in curricula. Lack of humanistic studies in education, we need to transform this.

Mentions that she is 50+ and she was an engineer from early on, so there were women engineers, so no problem with entry of women. So we have male domination, which results in biases in terms of gender, and differences that exist in society.