Part 2 on #Blockchain in #learning: some points of discussion 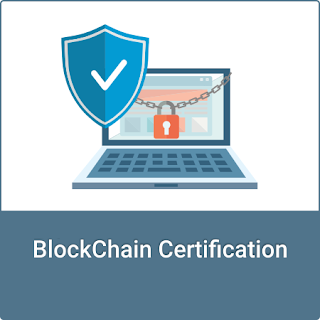 This is a second post on Blockchain in learning (specifically for certification, it is referred to as Blockcerts). In the first blogpost on the subject, I took a look at some examples that are currently out there (industry/academia), but in this post, I will have a closer look at the discussions surrounding Blockchain for learning. First I will zoom in on how I see Blockchain certification being the new big brother in an already very structured dominant education system. After that I share a prankster who conned himself into a professorship, then an example from Russia, and to finish the blogpost, a quick overview of one of the major critiques on blockchain. First off: fight the power!

Blockchain the move from freedom to the rigid, dominant system in learning
In history and innovation, there is always the first momentum which feels like liberation and promises a minor or major new Utopia (the emergence of television: education for all right in your living room; Internet: education at our fingertips; MOOCs: free education for all by highly acclaimed institutions, ... and now blockchain: certification for our lifelong learning, right in our mobiles). Blockchain certification is cutting out the middle person and making sure that all transactions move from user-to-user (where the user might be any person or company that is at one end of a transaction). At first, the promise of secure data transition is felt like new freedom to some, but once the technology gets more embedded and used by more people, a more rigorous system kicks in, the dominant system.

To me, it feels like dominant learning is reeling all of us, informal learners, back in, and blockchain certification might just be a strong example. Why would blockchain be a ball-and-chain from the dominant system? Easy, it now stacks formal certification, which means it becomes even more difficult to live and develop outside of the pre-set pathways of life (if you want a professional career that is). Why would this be necessary? Well, not all of us want to pull pranks, not all of us want to live outside of the set boundaries (study, go to uni, work and climb the ladder within a specific branch), but some of us do like a bit of job freedom. I for instance like switching jobs, and retaining some freedom while performing to the best of my abilities.

Our human right to pull pranks within the educational establishment
For me, we - as humans - need the freedom to pull off a prank from time to time. Nothing as big as full-blown fraud, but just something small to satisfy our inner fool.

I remember a prank that Gogol pulled off which actually went against the rigid educational system of his time. Gogol was a famous Russian author using quite a bit of surrealism in his books, eg. The Nose. At a certain point in his life, he could earn enough money, so he was looking for a means to earn money, and he managed to earn a chair as Professor of Medieval History at the University of St. Petersburg, a job for which he had no qualifications. He pulled this off for a year (not giving lectures, keeping all the information very general, and taking exams with a towel wrapped around his so-called toothache, so that he did not have to talk and another professor took the exams of the students. Great! I mean, let's be serious, this is something that makes all of us pranksters laugh. It takes a serious position and turns it into a very human momentum. Let's be honest, no robot or cyborg would do this, only humans can come up with such a beautifully orchestrated prank.


However stupid a fool's words may be, they are sometimes enough to confound an intelligent man. Gogol, Dead Souls.

Blockchain certification is for idiots who cannot pinpoint real knowledge or expertise
Sometimes Blockchain certification is promoted with: "it takes away the risk of hiring someone who has not gotten the degrees that the person says they have". So what? If you cannot tell if someone had or didn't have an education based on what they deliver in terms of work, it sure means they were intelligent enough to really grasp those skills and experiences in their own way. If they cannot pull it off, it does not matter whether they had the qualifications in a formal way or not either, because if they cannot do the job, no matter which qualifications they have, you will fire them. So in a way certification is only a fools tool within a dominant system that agrees it is too difficult to distinguish real earned certification versus fraudulently earned certification. Or is it?

Universities are no longer on top of the educational ladder: the Russian implementation
In my previous post, I mentioned a couple of Blockchain certification options, but since then I came across a more advanced blockchain in learning example, and it is a Russian implementation called Disciplina. This platform combines education (including vocational training), recruiting (comparable with what LinkedIn is doing with its economic graph) and careers for professionals. All of this is combined into a blockchain solution that keeps track of all the learners' journey. The platform includes not only online courses as we know it but also coaching. After each training, you get a certificate.
TeachMePlease, which is a partner of Disciplina, enables teachers and students to find each other for specific professional training as well as curriculum-related children's schooling. Admittedly, these initiatives are still being rolled out in terms of courses, but it clearly shows where the next learning will be located: in an umbrella above all the universities and professional academies. At present, the university courses are being embedded into course offerings by corporations that roll out a layer post-university, or post-vocational schooling.

Major critique on Public Blockchains for learning
First of all, and prominently present, is Serge Ravet. He is co-author of the Bologna Open Recognition Declaration, founding partner of the Open Recognition Alliance, which already offers a good deal of interesting blockchain for learning related reading. On his learning futures blog, Serge wrote a couple of articles on why he thinks that blockchain for learning is not the way to go and is, in fact, solving a false problem. http://www.learningfutures.eu/2019/01/its-about-trust-stupid-why-blockchain-based-blockcerts-are-the-wrong-solution-to-a-false-problem-0-3/ . While going head-on, he pinpoints the real actor behind the EU blockchain observatory and forum, he then goes on to state that blockchain promotion is based on the promotion of the idea of distrust. When I read this, I concurred to the notion, as indeed there is another way to certify education and learning, that is by using the Web of Trust.


The blockchain is sometimes presented as the new panacea needed to heal the wrongs of the world. It is not just superficial, it is plain wrong: some applications of blockchain technologies can make things worse than they were, like the Bitcoin and other cryptocurrencies that are not just boosting traditional criminal activities but enabling new ones, not to mention global warming. (It’s about Trust, Stupid! Why Blockchain-based BlockCerts are the wrong solution to a false problem (0/3) by Serge Ravet)

In his follow-up post Serge zooms in on the economic-dimension of using blockchains, notably the actual risk of erasing regulatory bodies, and one of the most irregulated markets, the cryptocurrency market. He states:


The rationale for the initial development of blockchain technologies like Bitcoins, was to solve the problem of double spending while simultaneously:


This puts a large part of society in a precarious position, as blockchains are pushed as being secure, while actually not only cutting away the middle man, but also the regulators, and the only ones really benefitting from having no regulators are those in power.

Another well-known downside of blockchains is their impact on global warming (definitely regulators needed there).


Public blockchains based on Proof of Work (PoW) are actively contributing to global warming—Bitcoin operations consume the annual energy of New Zealand, and growing! (It’s about Trust, Stupid! Why Blockchain-based BlockCerts are the wrong solution to a false problem (1/3) by Serge Ravet.

He also dispels the blockchain myth in pointing to how easy it is to get funding if you use 'blockchain' in any type of way.
What I really like, and often think, is that there is not always a need for blockchain. There are other options that do the job you want and have less impact on the climate, as well as less impact on society (so keeping it a low risk).

When addressing blockchain for certification, he hits on similar ideas as I did in the beginning of this post (though Serge uses a much more literary and blockchain-tech angle). And he uses some bitter wit as well:


The blockcert-authors want to use blockchains to reinvent the teaching machine that B. F. Skinner imagined for humans out of his extensive study of pigeons. But with an interesting twist this time: the positive reinforcement is not for the students, but the teachers; and it is financial! ... If the goal is to “enable a wave of innovation” what kind of innovation could emerge from making credentials “cryptographically signed, tamper-proof, and shareable”? The only innovation here is in using a new technology to improve paper-based credentials. We had a piece of paper, a static piece of information that is now a digital record, just as well a static piece of information, but easier to share and more difficult to tamper with.

When reading this last paragraph, it dawned on me that blockchain certification might well be a contemporary version of the Emperors New Clothes. Ah, so that means blockcerts might be a prank after all?! That idea feels satisfying, I no longer need to search a viable product for my project... or do I ?
Posted by Inge (Ignatia) de Waard